I’ve been doing shit. Like, the shit I said I was going to do. I’ve traveled to Cleveland and Disney World in the first two months of 2020!

I want to say I can’t believe this is happening, but it is, and I do believe it. I planned it.

I visualized it, I wrote it down, and I spoke it into existence!

At the beginning of January, I had an interview for a multilevel marketing firm. (before you say anything, I knew what I was getting into). Funny story. Let me tell it:

I parallel park along side the building it took me at least 10 minutes to find despite the aid of my phone’s GPS. I walk through the doors of a multi-business building and stare at each of the three doors in front of me with confusion. I see the door on the right leads to a salon yet to open. The door directly in front of me seems to lead upstairs, (there was no mention of stairs in my confirmation interview). The last door, to my left, is muffling a conversation about football. I try my luck and turn the handle of door #3.

I walk in to two gentlemen in suits sitting at a desk and two other gentlemen in waiting chairs directly across from them. In this room full of testosterone and cologne there was one other female besides myself.

I introduced myself to the gentlemen at the desk, stated my business, and received a clipboard of paperwork to complete before my interview. As I was filling in the blanks, the football conversation continued. After awhile I inserted what little facts I knew about the NFL and declared my preference for College football. Shortly after, the conversation took a turn.

One of the gentlemen at the desk asked “If you could move to a country outside of the United States, where would it be?” My answer surprised even myself as I found my voice blurting out “Morocco!”

“Really? Why?” The gentleman on the left asked. “I’m not sure exactly,” I hesitantly say, “I’ve always wanted to go.”

I told the men of my plans to travel this year with an emphasis on Morocco and Egypt. It was a wonderful conversation that included reflections on the origin of man and religions and colorism. I was relieved to have had such an intimate conversation with strangers. (always appreciated, never expected).

When it came time for my interview, I was almost sad about the end of this nourishing conversation. About 10 minutes later, I walked back up the stairs from my brief and scripted interview to bid adieu to my newfound kindred spirits. As I was walking out, I realized that I never caught the name of the gentleman on the left who initiated the entire conversation. He shook my hand and said “Tariq” to which I replied “T-A-R-I-Q?” in curiosity of the spelling but also in reflection of the few Tariqs I have come across in life and studies. He was taken aback by my knowledge of his name and offered to walk me outside. I declined and went about my day, although I secretly wished I could see him again.

As I got in the car I wanted to share my experience. I called my partner, who did not answer, and then I called my cousin. We talked for a short time about the conversation and the first Tariq I ever encountered. He was a military man from New York that I had a huge crush on while working at Subway on base. He turned out to be a loser with a girlfriend despite his obvious display of interest in me. I never forgot that name.

Later in life I came cross the name again when learning about the Moorish general who conquered Spain in 711 AD. My father told me about the Moors and inspired me to seek out relative information. So, of course, he was the next person I called.

Later that day, I picked my partner up from work and told her about the events of the day. She was also fascinated with the name Tariq and enjoyed all my stories. Not even 30 minutes after getting home, there was a ring at the doorbell. Usually, we don’t answer the door for unexpected strangers, but today she did.

I tried my best to look out the window and get a glimpse of the man outside. I could only see the sides of his face but he did look familiar. After about a 15 minute conversation, I heard my partner wrap up and come back inside. “Babe, his name was Tariq!” she exclaims. “Really? Because he looked just like the man at my interview from what I could see!” I replied. She said that the only reason she gave him any attention was because of his name. He had been going door to door selling internet and TV bundles in our neighborhood. (classic multilevel marketing)

I was stunned. How did he know where I lived? Was he here on purpose or was it fate? Is this an example of my powers of manifestation? I was thinking after our conversation that I would like to see him again… Did I do this?

My partner informed me that she was interested in the WiFi he was offering and invited him to come back after dinner. That was when I Googled the meaning of the name Tariq. What returned was “He who knocks at night” *Insert shocked emoji here*

I waited for his return and when he did I walked out of the back door calmly as he and my partner were finalizing the details of the subscription. He looked just as surprised as I was that it was me who walked out the door. As it turns out, he had been past our house 2 times already and judging by the ramp outside that someone elderly and uninterested lived here, was not going to come back a 3rd. How divine that he did! We stood outside and talked about where he came from, why he’s here, and what the job was like. It was a relief that he did all the research on the company and was willing to share so that I didn’t have to.

I did choose to accept the second round interview although I did not accept the job. I felt like he was a sign from the universe that my plans to travel are justified and I need to do whatever it takes to make them happen. He was a reminder of what I really wanted from life and for that I am grateful.

I am very excited to make a trip to both Morocco and Egypt and I will never forget Tariq -he who knocks at night.

The privilege is real.

Kaleah, why are you turning to your blog to write about relationship problems?

‘Cause its my fucking blog.

I just feel like I need vent for a moment. And something tells me I need to publish it publicly.

As a disclaimer: I love my partner. Thats why we are partners. All relationships have problems. People just don’t always talk about them. I’m not attacking my partner. I’m simply venting about the woes of being in an interracial relationship. 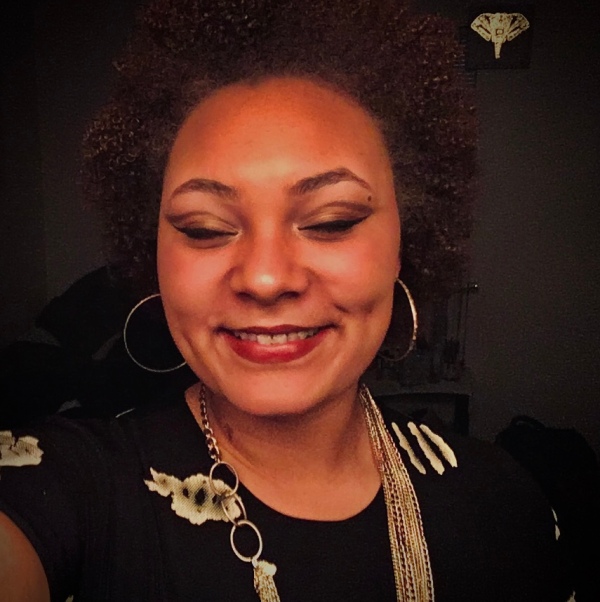 What do you do when you write an entire blog post for it not to save?

Well sweetheart, this is part of it.

I challenge myslelf today, to glow into the New Year. I refuse to let anything get in the way of my success. I will continue to let my light shine no matter what I face. Because I’m not just doing this for me.

I’m doing this for everyone who has a voice that isn’t heard. I know what that feels like. I’ve given myself the tools to raise my voice and I will.

So I’m committing to developing a schedule for posting. I will execute with intention and I will continue to explore speaking my truth.

I hope you had a fabulous New Year. I am patiently eager to get this year started! 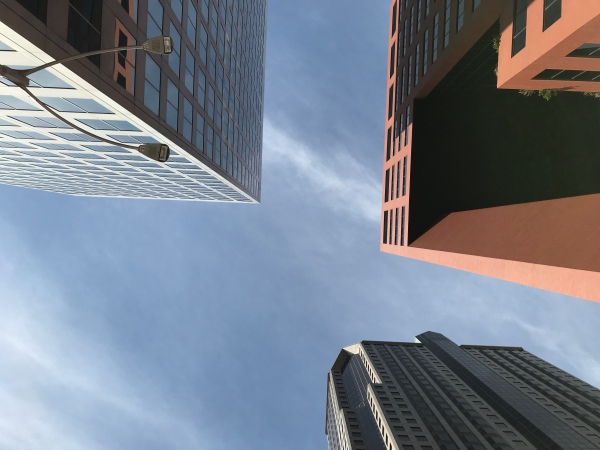 Seventeen days ago, I ended my internship at the St. Louis Regional Chamber.

I planned on slowly releasing articles around my experience there. To be honest, I had too many experiences to group together and write about. I learned so many things in such a short time. It would be a disservice to myself and my readers to generically throw them together like a last minute high school paper.

Instead, I’m going to keep the memories as memories, and let them inspire my writing. My goal here is to add value to your life while figuring out mine.

The truth is, no one has it figured out. Seriously, no one.

But we are social creatures. We crave relate-ability and validation. We like listening to others’ stories if only to catch glimpses of our own.

Let me tell you a story.

Once upon a time a woman bought a website. That woman was me.

She didn’t know what to do with the website but she did it anyway. She filled it with content and photos. She added links to her social media accounts. And she updated it often.

But she never actually wrote a blog post. When she did, she would just delete them.

Then, a year later, her website subscription service was going to end.

“I haven’t shared a single blog post. I haven’t directed any traffic. I haven’t even clearly stated my intention with this website!”

So she started writing blog posts. With no intention of driving traffic or clicks in the traditional sense. She just authenticly articulated all through her device and into the digital world. Sometimes from work. Sometimes from the toilet. (I am on the toilet as I write this)

Now, this woman feels better. She knows that no one has shit figured out. So like the rest of them she will:

And then grow her wings. 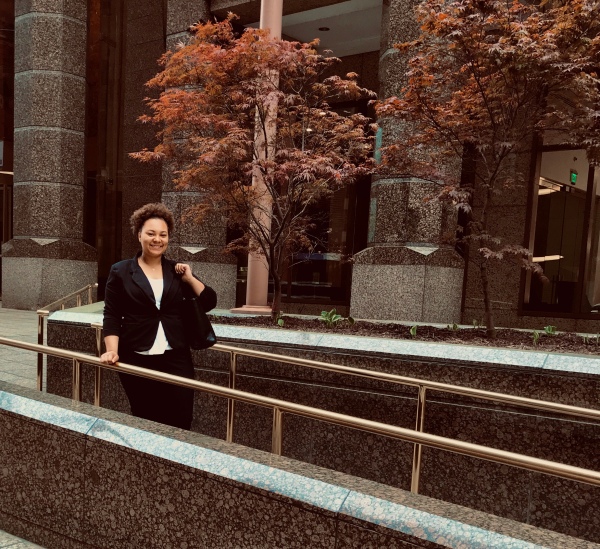 Pictures are worth a thousand words. Here’s to 54,000 words!

Today is Monday. How has yours been going so far?

Not just because I like to go against the grain.

Monday’s are the start of the week. Your Monday mindset really determines the mood for the rest of your week.

Are you a grumpy, got-up-on-the-wrong-side-of-the-bed kind of person on Monday? If so, before you get out of the bed, think about 5 things that you’re grateful for. Try to make 3 of those 5 things something that you asked/prayed/searched for and now you have.

We often take time to think about the things we don’t have, goals we haven’t reached, and successes yet to be claimed, that we don’t stop to think about what we asked for that we already received.

I’d like to take this time to say thank you to the Universe, God, and my Higher Self for providing me with a fully furnished roof over my head, a partner who learns and grows with me spiritually, and a platform to share my story as well as the stories of my family.

What are you grateful for this Monday? Tell me!

I hope your Monday feels just as good as your Friday!

Can I call you friend? I hope so, if you’re reading this.

Let me guess a little bit about you..

Did I get it right?

What did I miss? Tell me!